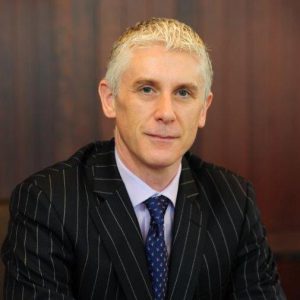 Barry O’Dwyer is a Managing Director of BlackRock. He is the Head of Funds Governance for BlackRock’s European open-ended fund range and is the Chief Executive Officer for BlackRock’s Irish business. Mr. O’Dwyer serves as a Director on a number of BlackRock corporate, fund, and management companies in Ireland, Luxembourg, Switzerland and Germany and on BlackRock’s UK Life company. He was the Chairman of the Irish Funds Industry Association 2014-2015, is a board director of Financial Services Ireland and is a member of An Taoiseach’s Financial Services Industry Advisory Committee.

Mr O’Dwyer graduated from Trinity College Dublin with a degree in Business Studies and Economics in 1991. He holds a Chartered Association of Certified Accountants qualification and an MBA from London City University Business School.